Nominated in 2017 for her portrayal of Lady in Tennessee Williams’ Orpheus Descending at Southern Rep in New Orleans.

Irene also played Lady in Spring of 2016 in a production directed by Austin Pendleton in New York City’s Theatre at St. John’s on Christopher Street in the west village. For more info, please visit our Facebook page. 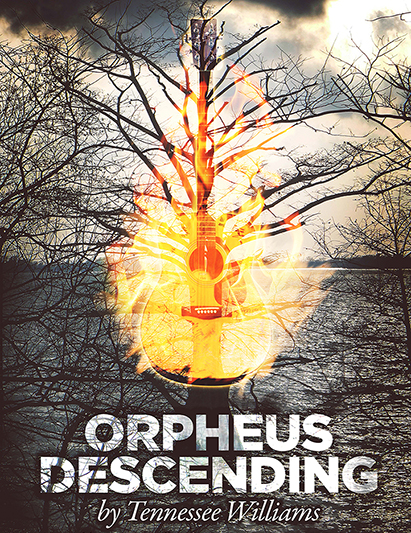 Her journey with Orpheus Descending began in 2010 when she appeared in a production produced by Beth Bartley and the Infinite Theatre that was directed by Nick Potenzieri and which co-starred Thomas Beaudoin, premiering at the Tennessee Williams Theatre Festival in Provincetown. It was brought back by popular demand in 2011 and was followed by a 3-city tour in 2012, bringing Orpheus Descending to Tennessee Williams’ home state of Mississippi for the first time.

Reviews:
“Leading the production as Lady Torrance, the Sicilian immigrant wife of the owner of a dry goods store, Glezos captivates the audience. She deftly conveys every layer of sorrow and anguish that envelops Lady, crafting a character whose pain is as rich as Williams’ elevated, dramatic language.”
~ David Clarke for Out.com

“Irene Glezos delivers a lovely, stirring performance as Lady in Austin Pendleton’s staging of Tennessee Williams’ masterpiece Orpheus Descending. A force of nature, Lady says and does things almost in spite of herself. A prisoner of her childlike sincerity, she is at once witty, ironic, funny, melodramatic, all almost without intending to be, as though an inner engine which she can’t really control is driving her. Ms. Glezos captures this essence of her character in its many details with magnificent nuance.”
~ Dmitry Zvonkov for stageandcinema.com 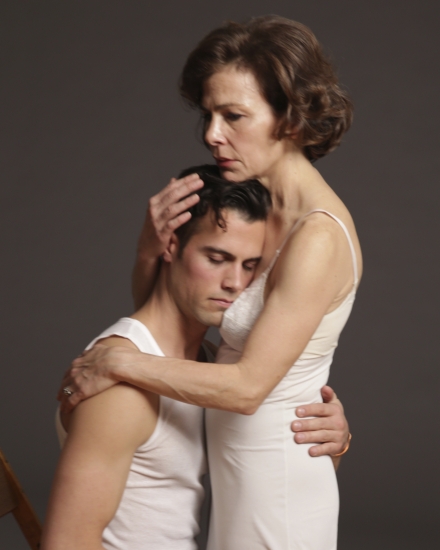 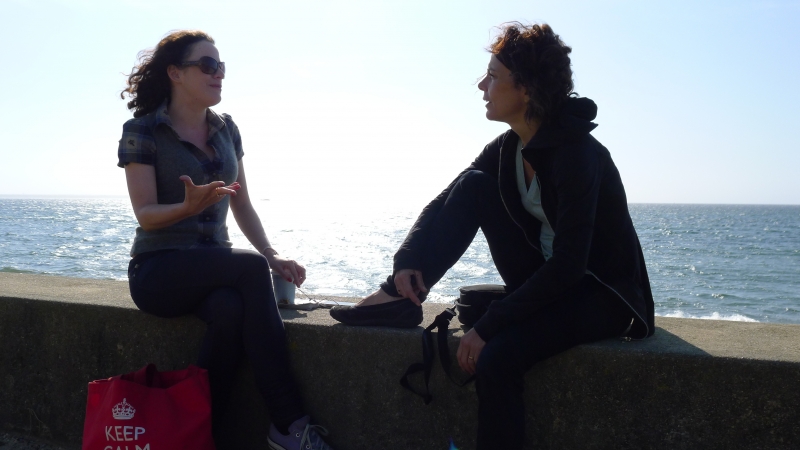 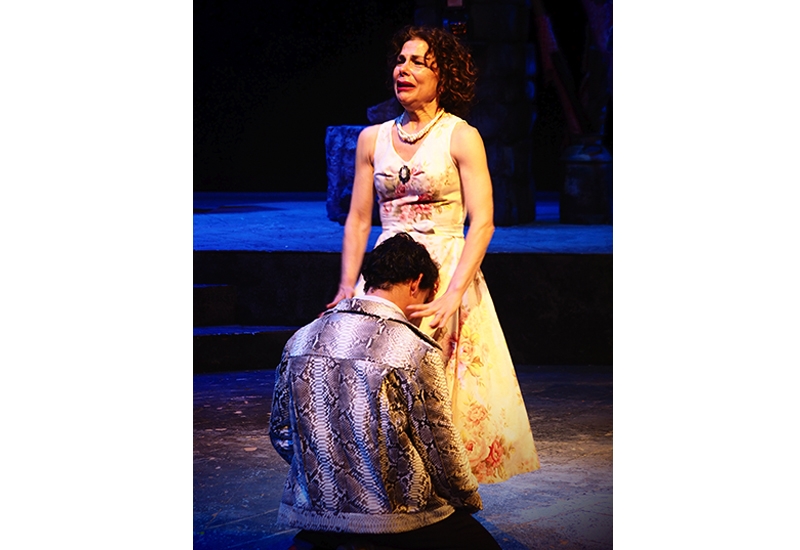 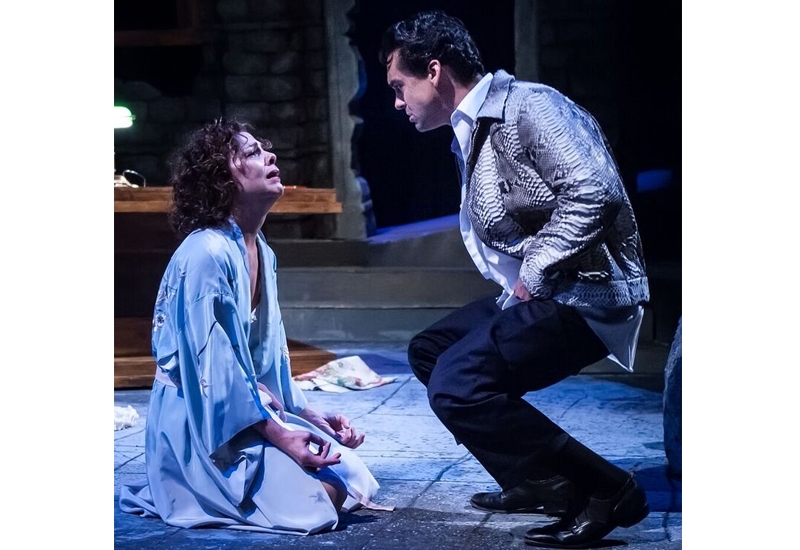 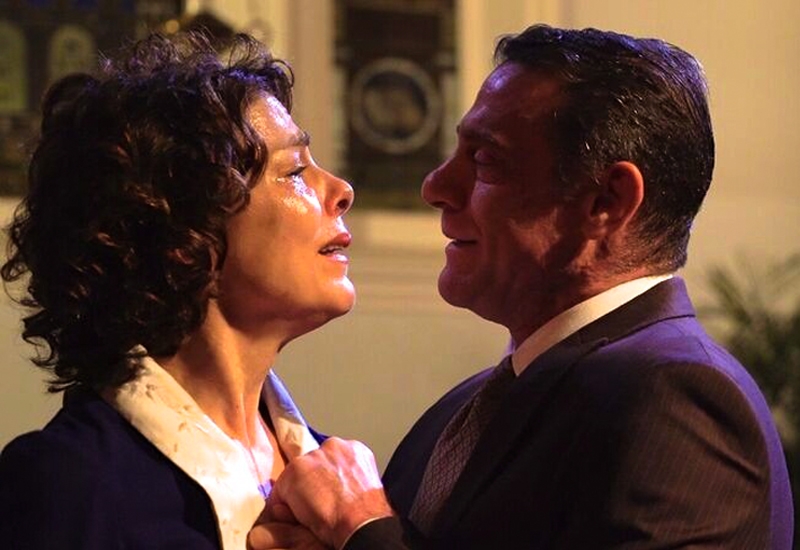 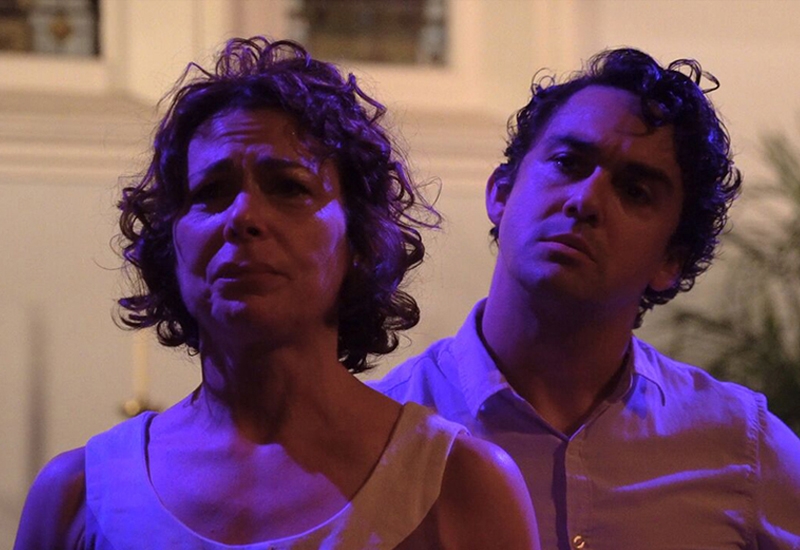 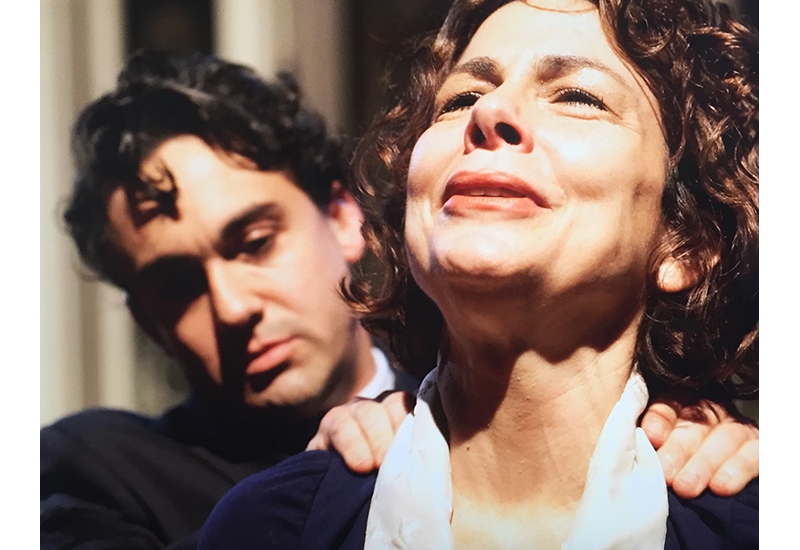 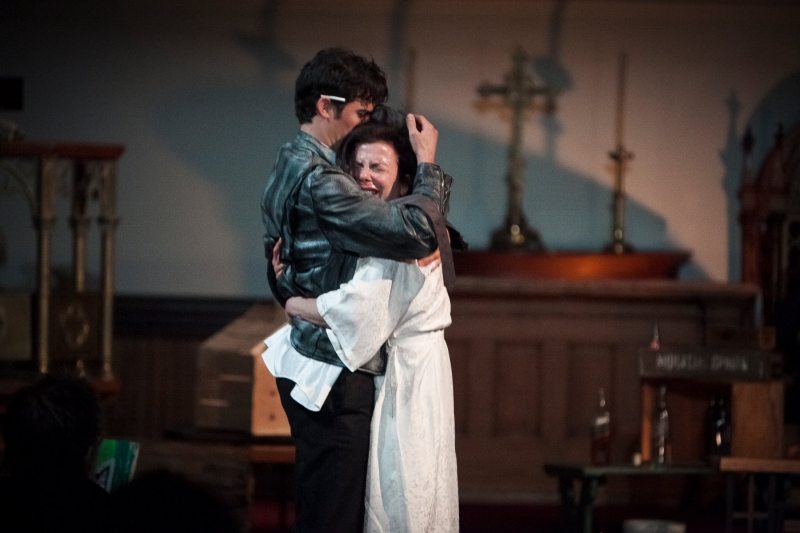 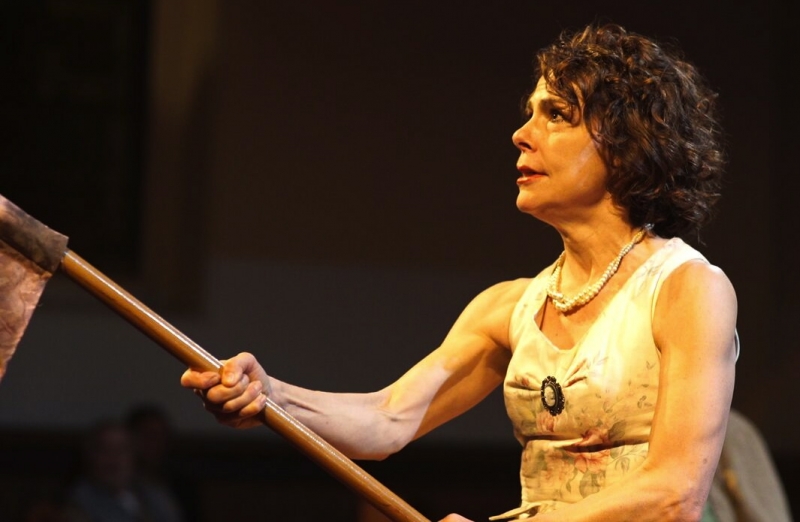 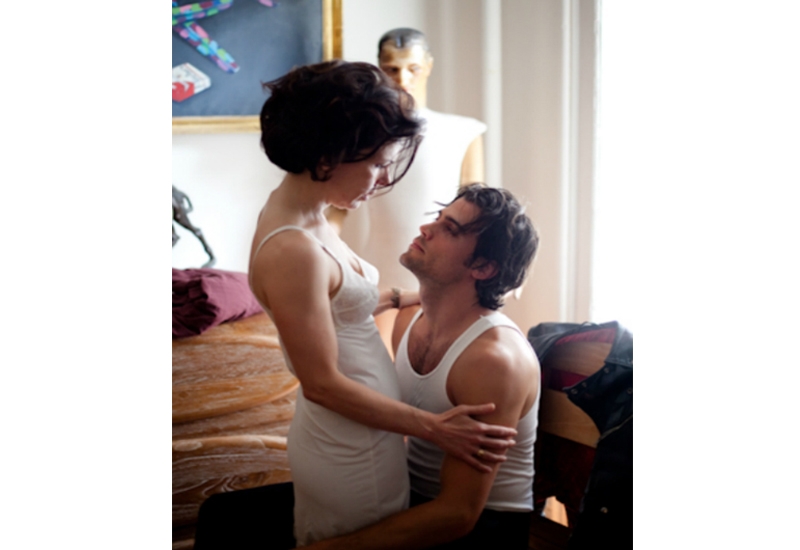 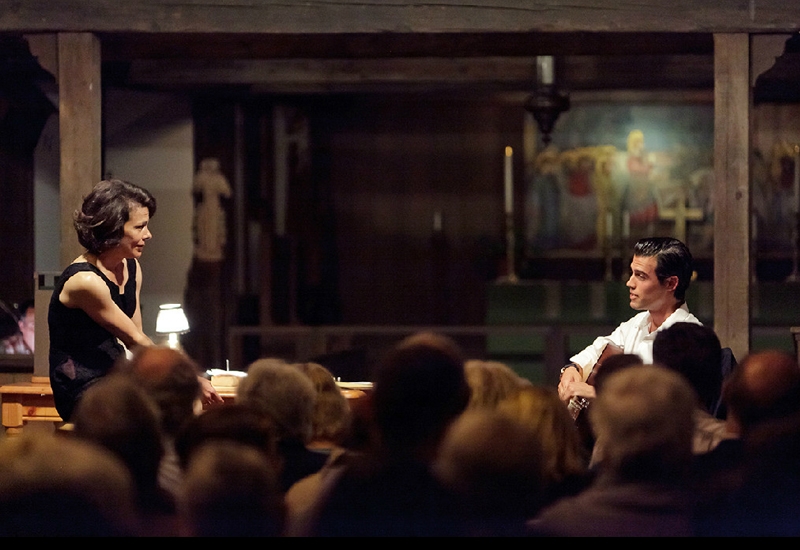 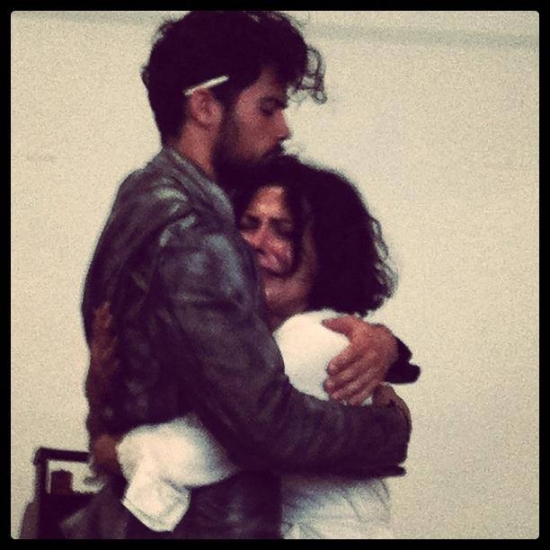 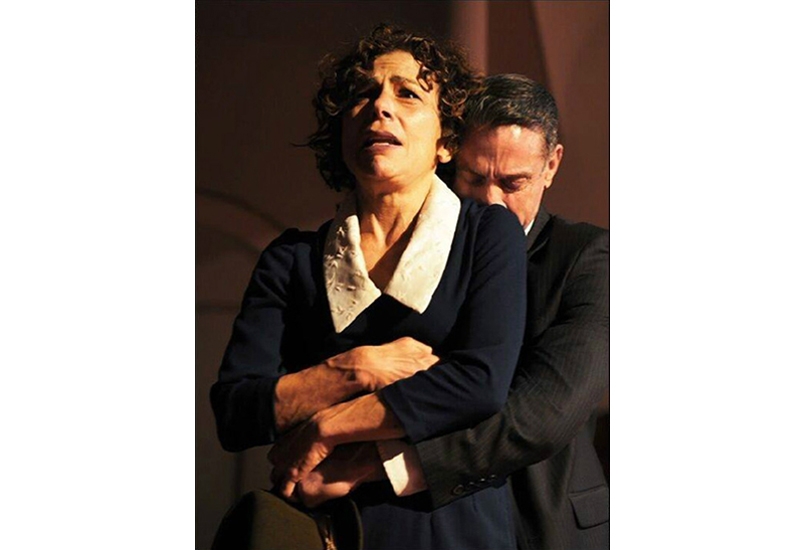 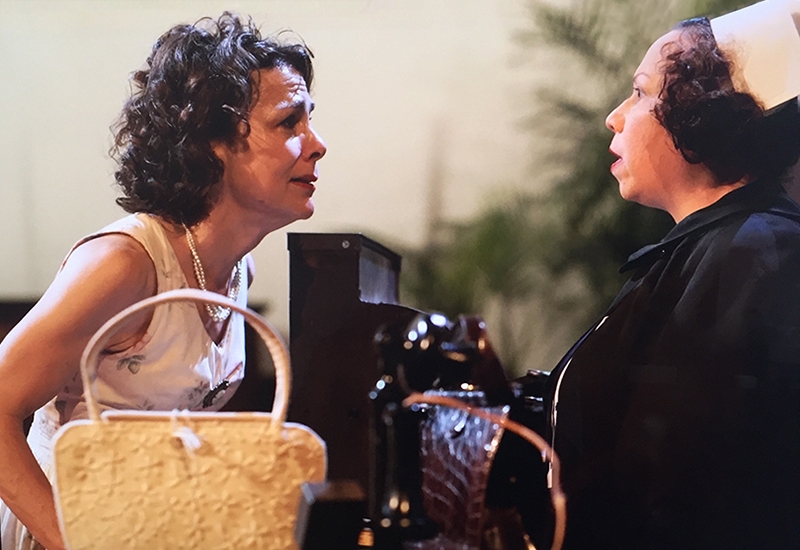 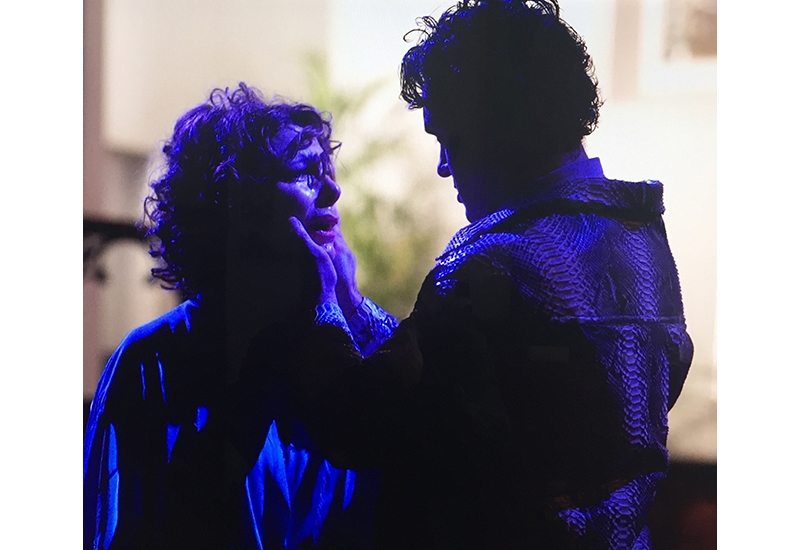 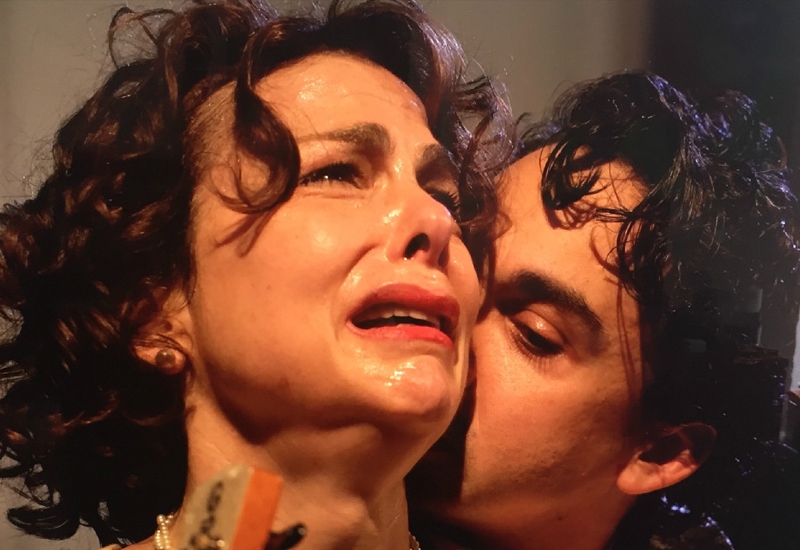 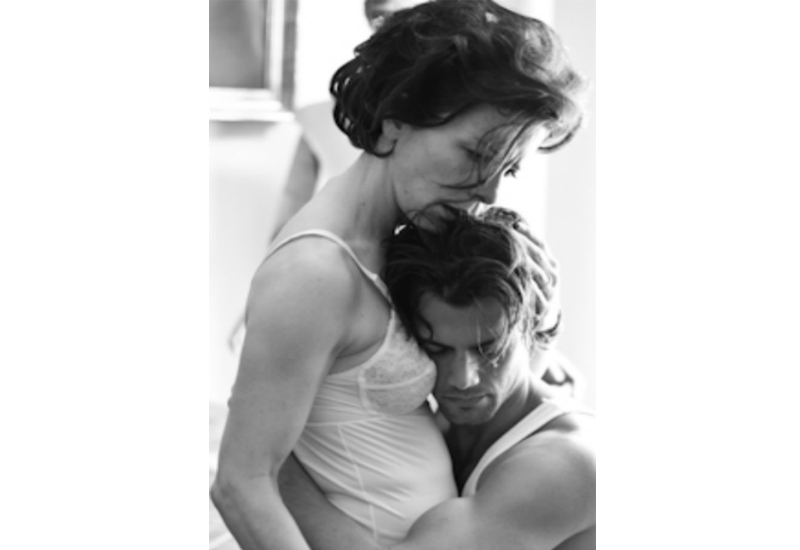 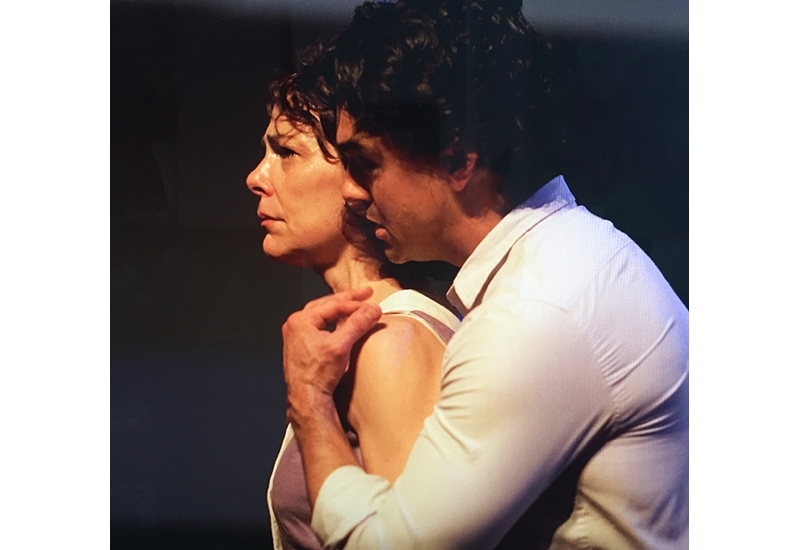 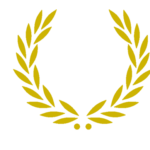 Irene first played Callas in Terrence McNally’s Master Class at the Phoenicia International Festival of the Voice. The production was directed by Shauna Kanter with Voice Theatre. In November, 2013, Irene played Callas again, this time in a production directed by Kevin Connors at MTC mainstage in Westport, Connecticut.

“Would you like to see what may arguably be the best performance by an actress in this Connecticut theatre season? It’s riveting, engaging, delightful theatre… all in all, a bravura performance that should not be missed.”
— Geary Danihy, The Westport News (Read full review)

“Irene Glezos… seemed to be channeling her subject, Maria Callas…in a torrent of verbal and emotional power.”
— Violet Snow, The Woodstock Times

“The fiery Irene Glezos blazes with intensity, a warrior who throws away her shield so we can see the nakedness beneath.”
— David A. Rosenberg for Connecticut Critics Circle(Read full review) 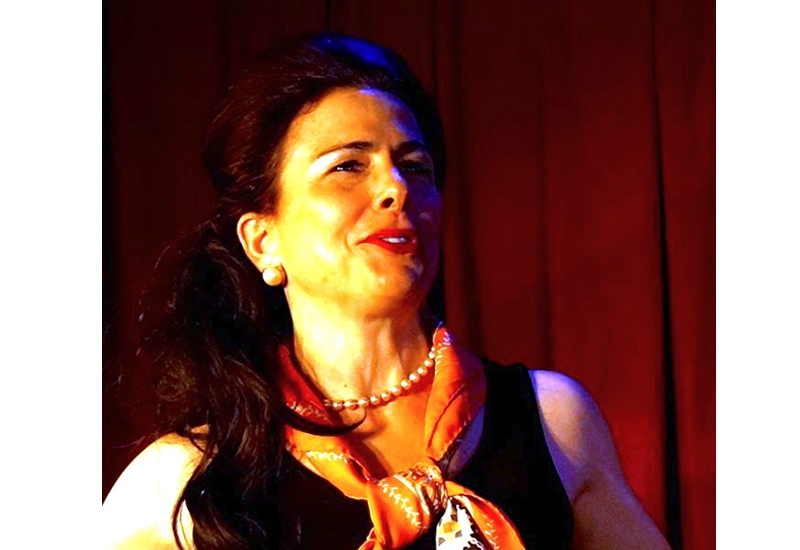 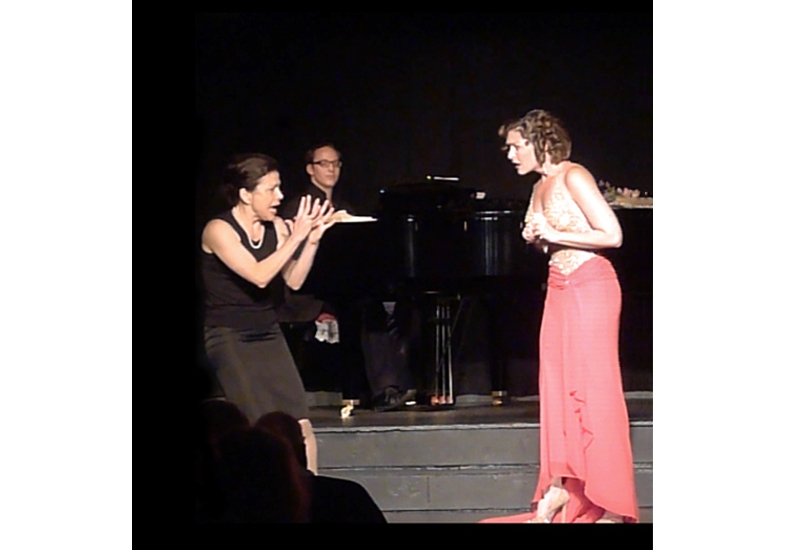 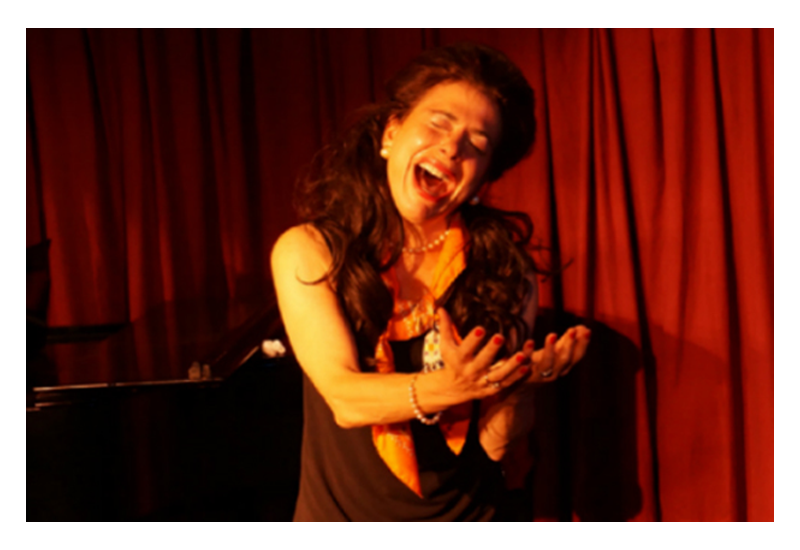 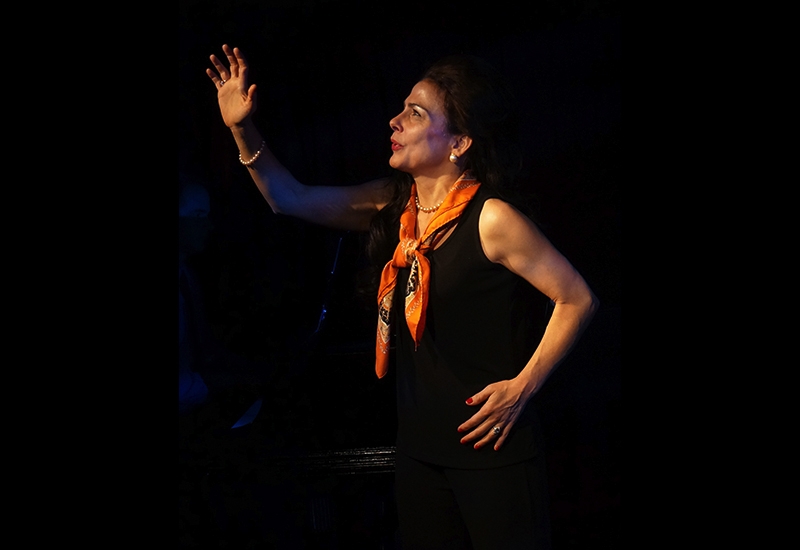 
“I recently attended a performance of Master Class at the Phoenicia International Festival of the Voice. I had been reluctant to attend, having already seen the play at the Kennedy Center and on Broadway. This production would rival any of those I had previously seen, predominantly due to the tour de force performance of Irene Glezos as Maria Callas. This performance was so fully committed that you believed you were truly experiencing Maria Callas, up close and personal. The direction along with Ms. Glezos’ performance took us on an incredible and emotional journey that will not soon be forgotten!”
— Victoria Livengood, Mezzo Soprano, Metropolitan Opera

“Irene Glezos’ Callas took me on a journey of power, heartbreak, delicacy, commitment, and art, leaving me breathlessly on my feet at the end.”
— Jeanne-Michele Charbonnet, International opera singer

“The performance of Master Class that I saw in Phoenicia was one of the most moving experiences I have had as an audience member. I was so compelled by this experience that I have not stopped thinking about it since. In particular, Ms Glezos’ portrayal was immensely moving. I felt she took the audience on a journey of emotions, and by the end of the play we had experienced true catharsis. This is what I live for as a performer, and what I strive for more than anything. I have not felt so inspired by a performance in years. What a gift from Ms Glezos and the rest of the cast! I truly hope that this production will be repeated many times, as I feel it will better every person in the audience, and inspire people to appreciate life more. It is the reason we become artists in the first place, and in this production this is carried out in an exemplary manner…. It is so special when we artists can witness something else that motivates and inspires us with such raw emotion. I feel truly lucky to have been fed in this manner by this play.”
— Carla Dirlikov, International opera singer